The Universe is energy.

The universe energy is somehow polarized into units of physical manifestation (Quantum Physics).  In some bodies of thought, the individual polarizing unit of universe energy is labeled the consciousness.  Regardless of the name which is attached to this polarizing energy, it is the source of the energy utilized to express the "automatic sequence of life" (Guyton’s Textbook of Medical Physiology). Life, therefore, is expressing the energy of the Universe in form.

"Although there is no universal agreement as to a definition of life, its biological manifestations are generally considered to be organization, metabolism, growth, irritability, adaptation, and reproduction. Protozoa perform, in a single cell, the same life functions as those carried on by the complex tissues and organs of humans and other highly developed organisms."

Quantum Physics has shown that all matter is of the same energy (Zero Point Field).  The difference between the physical manifestation of one form of matter from another form of matter is the energy vibration frequency. 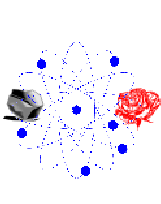